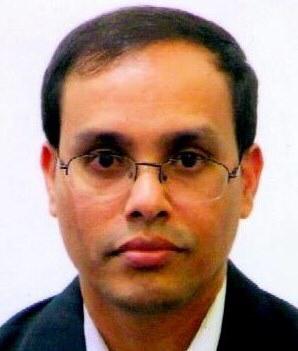 Dr Paran Sitparan has been working in Western Australia since 2002.

Dr Sitparan graduated from University of Jaffna, Sri Lanka. He has worked across various areas of medicine, initially in Sri Lanka then here in Australia, both in metropolitan & rural health care settings.

After completing comprehensive training in general practice in Australia, he was awarded the Fellowship of Royal Australian College of General Practitioners.

Dr Sitparan also has a Masters in Science and Technology degree in Physiology from University of Western Australia.

He has a passion for continuity of care and interest in preventative and community orientated medicine.

In his spare time, he participates in spiritual activities & involves in volunteer work.

Dr Punitha Kaanthan Veeraputhran has been working in Western Australia since 2009.

Dr Veeraputhran, known to most as Dr Veera, graduated from the University of West Indies in 1999. Upon graduating, Veera worked in Trinidad for 2 years, completing his internship there. He then joined the post graduate training program under the JCPTGP (Joint Committee on Post Graduate Training for General Practice) in the United Kingdom.

He started his career as a General Practitioner in Scotland and England in 2002, under the JCPTGP Umbrella. Completing his training and graduating from the JCPTGP in 2004, he began to practice on his own.

He worked extensively in the United Kingdom, across Scotland and England, gaining invaluable experience and learning more about the world of General Practice. He continued until 2008, upon which time he migrated to Western Australia.

For the last 9 years in WA, Dr Veera has worked in both rural and metropolitan settings. He was awarded with the Fellowship of Royal Australian College of General Practitioners in 2011, and has continued to serve the community with a passion.

Dr Veera has a passion for and is interested in, Family Medicine, Geriatric Medicine, Palliative Care, Preventative Care, Dermatology and Travel Medicine.

In his spare time, Dr Veera enjoys practicing spiritualism and meditation, is a film enthusiast and spends time with his family and dog.

He can speak English, Tamil and Malay fluently.

Want to make an appointment with any of the doctors at Willetton Family Practice? Go to our Appointments page to book now!